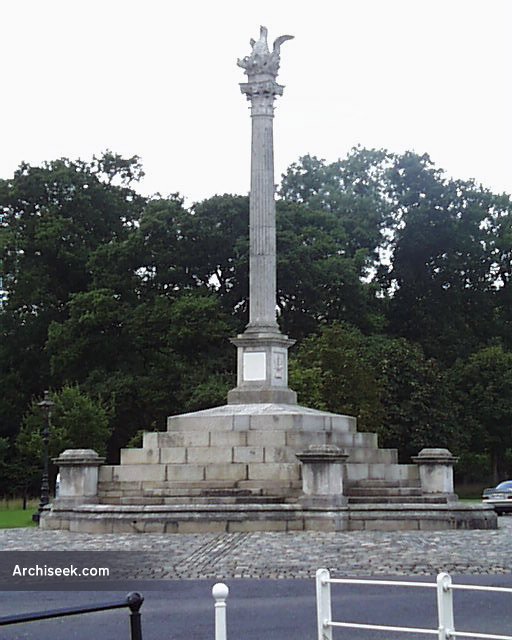 A Corinthian column with a Phoenix rising from the ashes at its pinnacle. It was erected by Lord Chesterfield in 1747. During the early part of the twentieth century, it was moved from the centre of the avenue to the side to facilitate motor-racing. The Office of Public Works (OPW) moved it back to its prominent position during the 1990s.