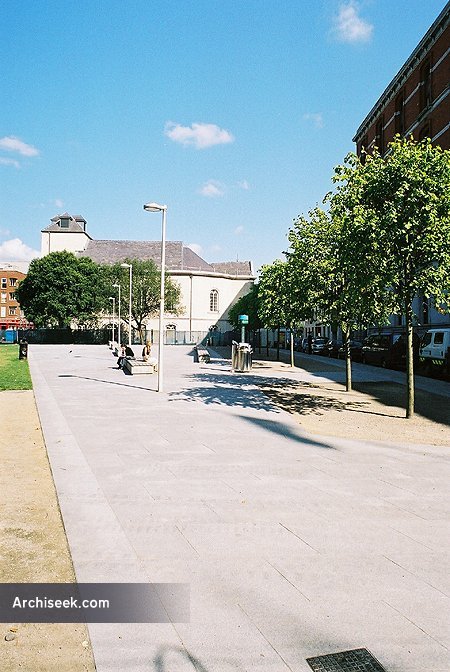 The parish of St. Mary’s was large and wealthy and the graveyard became so overcrowded by the mid-nineteenth-century that ‘in order to make room for others, bodies were taken up in absolute state of putrefaction, to the great and very dangerous annoyance of the vicinity.’ By the 1940s, the large churchyard was being used as a playground, with the tombstones being removed to the further end of the yard. In April 1966, the Church of Ireland sold the graveyard to Dublin Corporation which later developed the site now known as Wolfe Tone Memorial Park. The park was laid out in a traditional formal style retaining the high defensive railings and placing the headstones around the perimeter.

As part of the HARP Urban Renewal Project and in the context of the 200th anniversary of 1798 and Wolfe Tone’s association with the area, Dublin Corporation (now Dublin City Council) organised an international competition inviting ideas on the re-design of Wolfe Tone Memorial Park. The design competition was co-sponsored by the Royal Institute of Architects in Ireland and the Irish Landscape Institute.