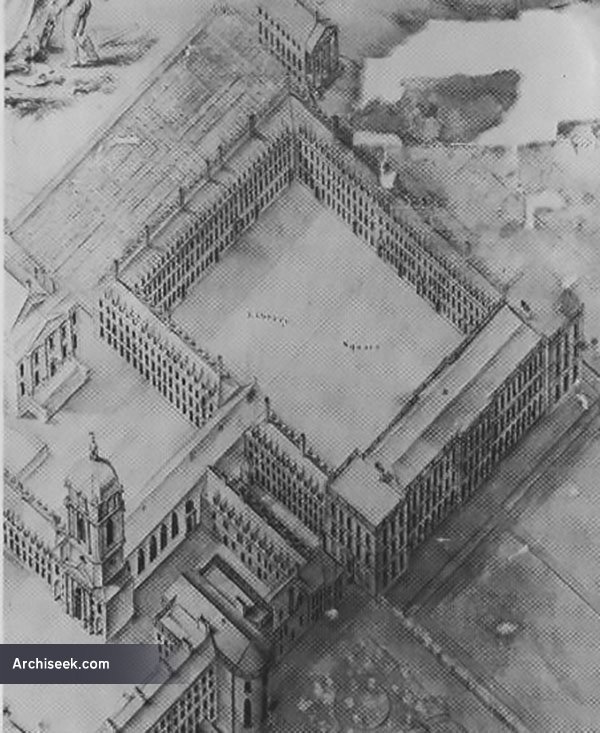 “The old Hall, which extended from the present Campanile in the direction of the College gate, and parallel to the Library, had a plain end towards the west, in which was the doorway. The view of the Hall from the gateway being somewhat unsightly, a sum of £600 was bequeathed to the College by Dean Pratt, formerly Provost, for the purpose of having an ornamental front erected at this end of the Hall; and Dr. Gilbert had also left by his will a further sum of £500 towards the building of a new Belfry. The Board accordingly employed Mr. Cassels to furnish a design for the combination of the two objects. The building was commenced in 1740, and in 1746 the new front to the Hall, with a Bell Tower surmounted by a dome and lantern, was completed, at a total cost of £3,886: and in 1747 the great Bell of the College, which had been cast at Gloucester in 1742, and which weighs nearly 37 cwt., was then hung in this Tower. The upper portion of this Belfry was removed in 1791, having been condemned as unsafe, and the entire front was taken down in 1798.” The Book of Trinity College Dublin 1591-1891