1921 – Cathedral of the Immaculate Conception, Denver 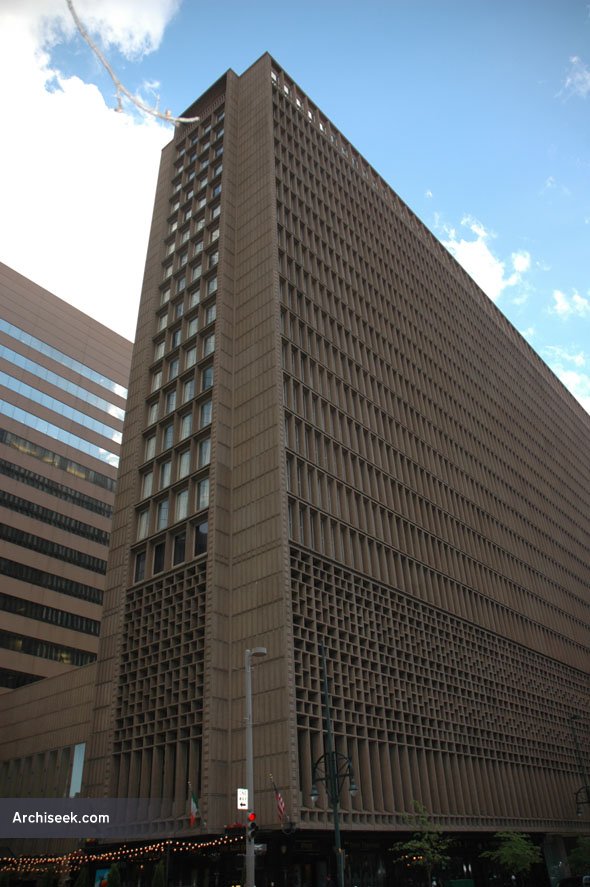 Now a Sheraton Hotel, this I.M. Pei designed building has passed through several hotel chains over the last fifty years. It has also expanded across the street to the former department store and plaza, also originally designed by Pei but now unrecognisably so. Pei’s design has a strong repetitive design of concrete panels with a more decorative arrangement on the lower floors; and a distinct top floor. The proportion of the panels mirrors that of the building, being tall and narrow.

The block-long hotel was a pioneering venture in precast concrete. It incorporates aggregate excavated from the site in deep Mo-Sai grillwork that changes pattern with interior spaces, shading not only guestrooms but also office and retail spaces not typically associated with hotels in the late 1950s.

The aluminium panels of the original May D&F department store were designed for replacement by large glazing units whenever additional display windows were required, but have now been completely replaced with glazing. A 132′ x 113′ hyperbolic paraboloid, the country’s widest concrete shell, housed additional retail, exhibition space and the store’s main entrance, has been demolished and extra space for the hotel added.