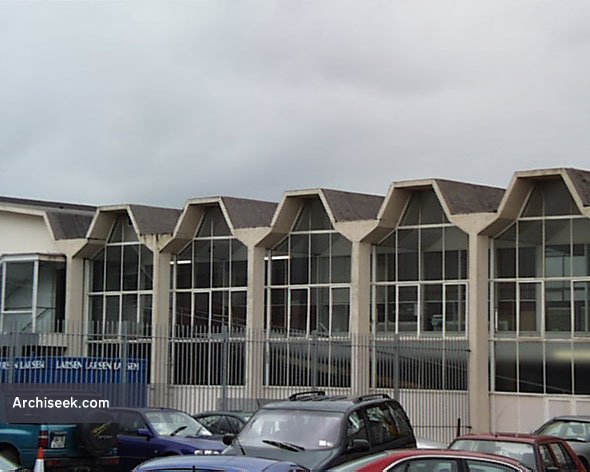 Interesting little mid-century modern building with sculpted roof profile. Designed by Leo M. Carroll of the Department of Transport and Power. Now in use as offices.

The original terminal was planned to handle a maximum of 250,000 passengers per annum – a fantastic goal at the time. Little more than 10,000 passengers actually used the building in its first year. Within a few years of the end of the war Dublin Airport was handling 276,000 passengers a year by 1951. The traffic continued to increase substantially each year, and it became obvious that in spite of several interior alterations designed to give more passenger handling space, another terminal was needed to avoid delays and inevitable chaos.

Studies by the Department of Industry and Commerce led to plans being sketched out for a new passenger building on the northern flank of the main terminal. After the start of the Irish Airlines services between Dublin-Shannon and New York and Boston, it was expected that the North Terminal would become the building to be used for American and Continental flights, with all British and local services continuing to use the main terminal. This plan was dropped and the new building was used for all arrivals. The new North Terminal was opened in June 1959.