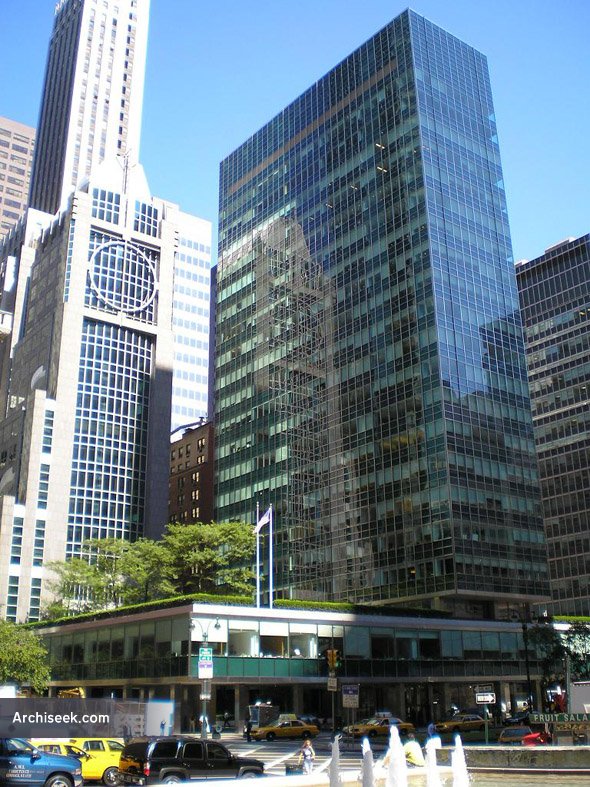 At the time of its construction, this steel and glass prism was the only corporate building among the avenue’s masonry residential structures. Although the building was also criticized for its appearance amidst the old masonry apartment houses, it was nevertheless usually taken with enthusiasm as a pioneer of the new style. It marked the emergence of corporate Park Avenue North. The building’s pared-down functionalist form and its rejection of historical associations in favor of simple geometries and repetitive modules of mass produced component is typical of the International Style. Lever House’s innovative geometry has been much copied elsewhere: the tall slab of the office tower occupying only part of the site’s area, and offset by the horizontal slab of the base. The lowest floor of the tower is recessed, emphasizing the geometric relationship of the two slabs.

With its contemporary, the UN Secretariat Building, this was the first curtain wall structure in the city. Unlike the UN, however, Lever House was built for a private corporation reflecting a shift from the typically public, social uses of the International Style in Europe to corporate modernism in the United States. Architecturally and programmatically, it marks a decisive turning point.