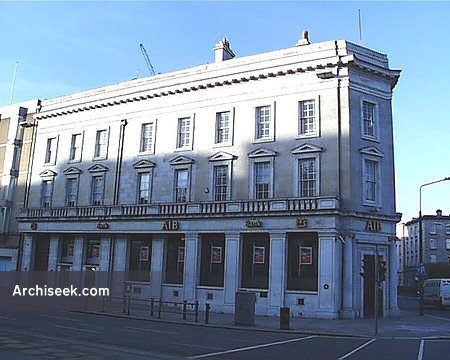 A fine bank building, finished in high quality stonework, that neatly turns the corner onto Parnell Street. Constructed after damage during the Irish Civil War to the top end of O’Connell Street. Finished in Portland stone and Ballyknocken granite. Originally five bays, the three southern bays were added in the 1960s. Formerly the Provincial Bank of Ireland, now AIB.