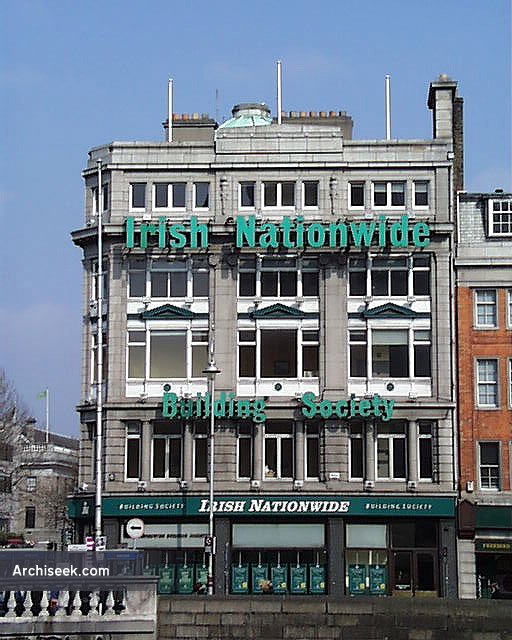 On the corner of O’Connell Street and Eden Quay, the Irish Nationwide building is a large commercial building more noticeable for its signage than its architecture. Pictures of this building from earlier in the century show many awnings, it would be nice if this feature could be restored in this and other buildings in the city. Built in 1922 on the site of Hopkins & Hopkins, watchmakers & jewellers, which was completely destroyed in the 1916 Easter Rising.