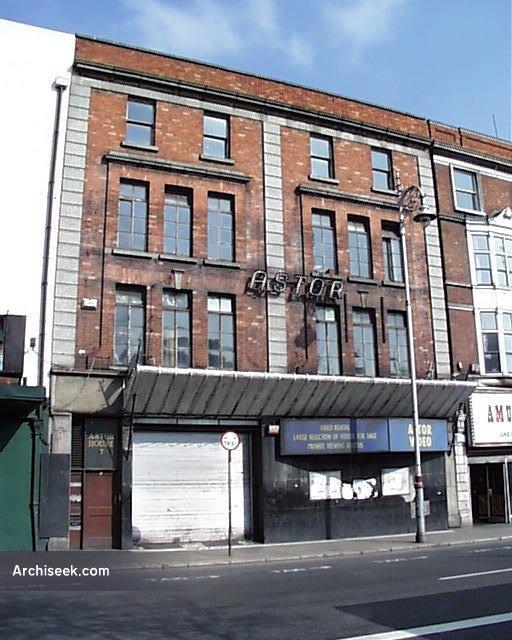 Replacing two buildings destroyed in the 1916 Rising, Nos. 7-8 Eden Quay was re-constructed as a ballroom and commercial premises. It was later converted into the Astor Cinema. Closed for many years, and having suffered the indignity of having its foyer operate as a video store, it was demolished in late 2002 for a commercial development.