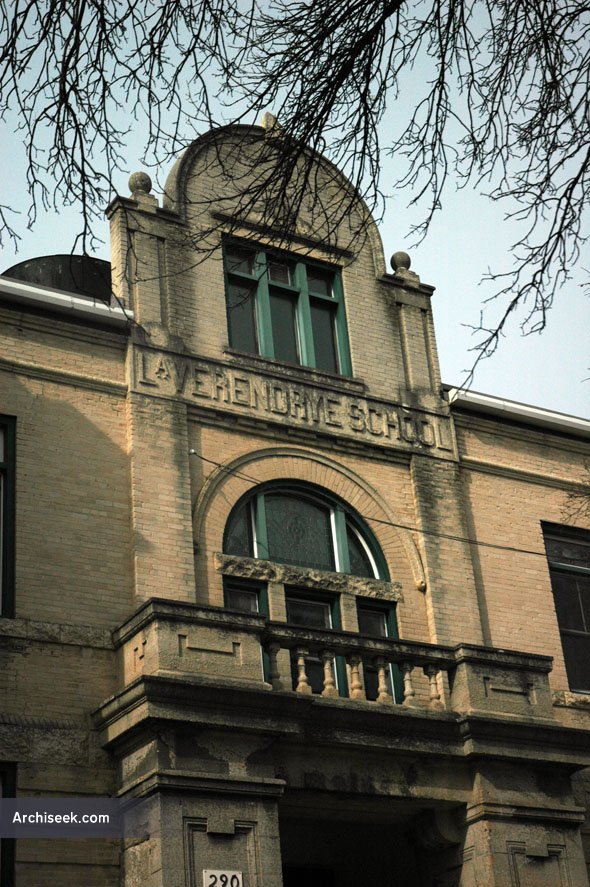 One of Winnipeg’s grand schools from the city’s boomtown era is La Verendrye School. Though residential and business areas quickly grew up around it, when it opened in 1909, La Verendrye was on the outskirts of the city. Based on a design by chief school architect J.B. Mitchell and constructed of local materials, La Verendrye School is an eclectic mix of Queen Anne, Romanesque Revival and Neo-Georgian architectural styles. Its exterior is dun-coloured brick with Tyndall stone trim set on a raised limestone foundation.

A gym was added onto the south side in 1964, unfortunately precluding the building from being named a heritage site. In the late 1980s, the school was saved from demolition by an area parents’ group. Named after early Quebec explorer, Pierre Gaultier de Verennes, La Verendrye School is one of a handful of early schools not named after stalwarts of the British Empire.