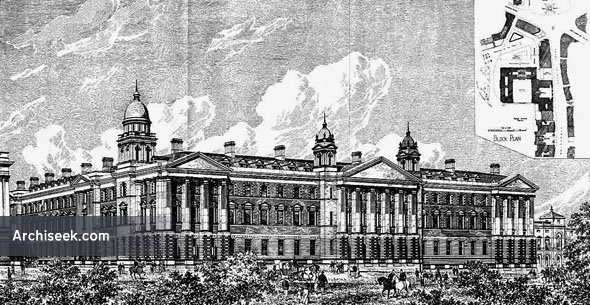 Designed by Leeming and Leeming of Halifax in 1888, and completed in 1905, the Admiralty building is a vast structure. It is the largest of the Admiralty Buildings and was redesigned while the construction was in progress to accommodate the extra offices needed due to the naval arms race with the German Empire. It is a red brick building with white stone detailing in the Queen Anne style with French influences. It is now used by the Foreign and Commonwealth Office. Foreign and Commonwealth Office staff refer to the building as the OAB (Old Admiralty Building).