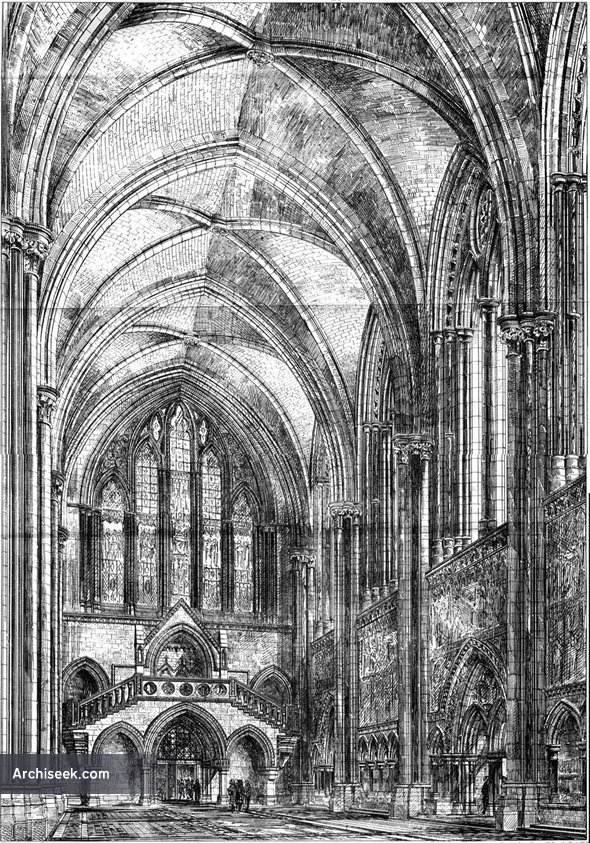 Selected after an invited competition pitted the star-architects of the day against each other for this important comission. Invited were: Henry R. Abraham, Edward Middleton Barry, Raphael Brandon, William Burges, Thomas N. Deane, Henry B. Garling, Henry F. Lockwood, John P. Seddon, George Gilbert Scott, George Edmund Street, and Alfred Waterhouse. The competition for this was prolonged and much diversity of opinion was expressed. Thus, the judges wanted Street to make the exterior arrangements and Barry the interior, while a special committee of lawyers recommended the designs of Alfred Waterhouse. In June 1868, however, Street was appointed sole architect; but the building was not complete at the time of his death in December 1881. Interior of Central Hall published in The Building News, September 26th 1873.