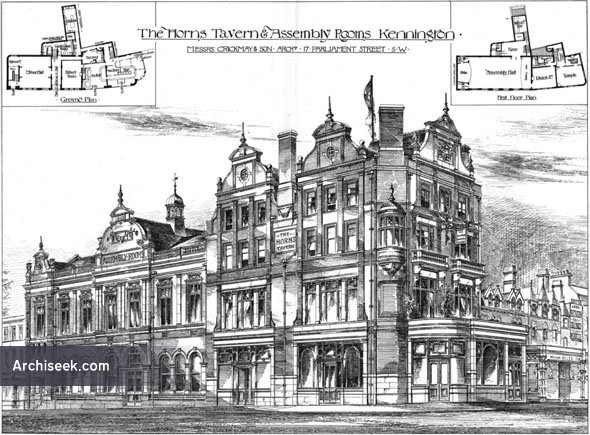 In the early C20th the Horns Tavern had become a major social centre with a large assembly rooms to the rear and further back along Kennington road at least one brothel. The Horns was said to be the favourite haunt of Charlie Chaplin’s profligate father. The Horns was partly destroyed by a bomb in World War 2. The remains were demolished in the 1960s and replaced with a formidable dark concrete structure for Social Security.