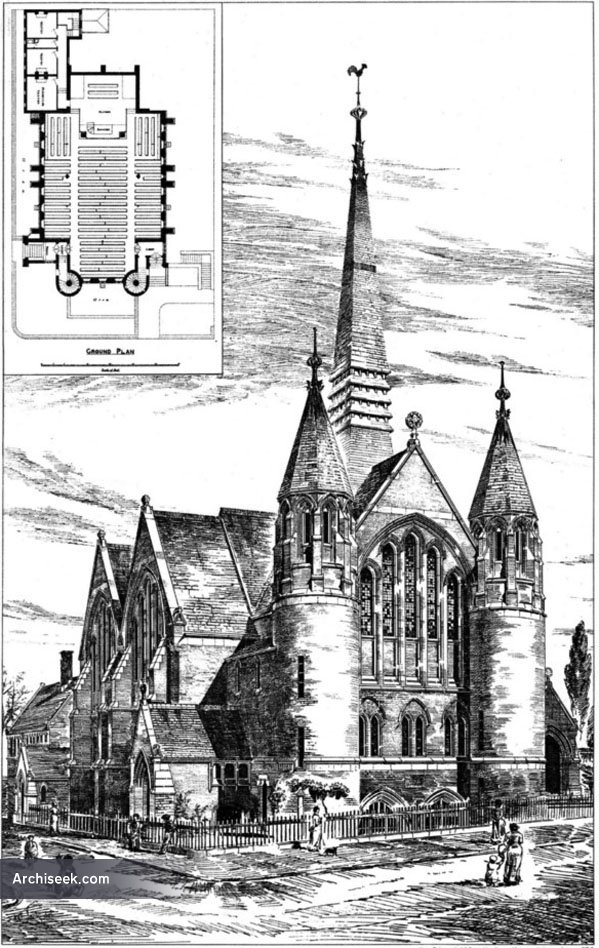 Front Perspective View & ground plans as published in The Building News, September 24th 1886. Still in use today and largely built as illustrated. Woodberry Down, the first Baptist church to serve south Tottenham, was built with help from the congregation at Hackney Downs and opened in 1883. The church, on the south corner of Vartry and Seven Sisters roads, was designed by Paull and Bonella as an imposing red-brick building dressed in Bath stone, with rounded staircase turrets at the west end and a central ventilating turret. Rooms were added to the east end in 1912 and the seats were reduced from over 900 to 750 after internal reconstruction in 1954.