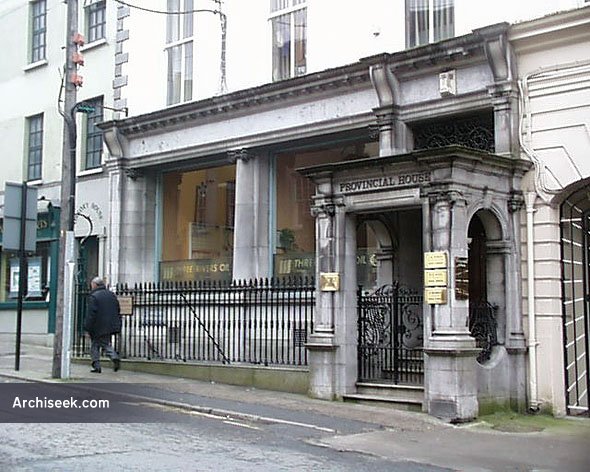 A former branch of the Provincial Bank,which after a series of bank mergers in Ireland in the mid 20th century became part of Allied Irish Banks. A simple building in a Georgian terrace with an elaborate shopfront with large windows and porch. An elegantly-composed substantial house which was extensively renovated at the turn of the twentieth century to accommodate use as a branch office of the Provincial Bank.