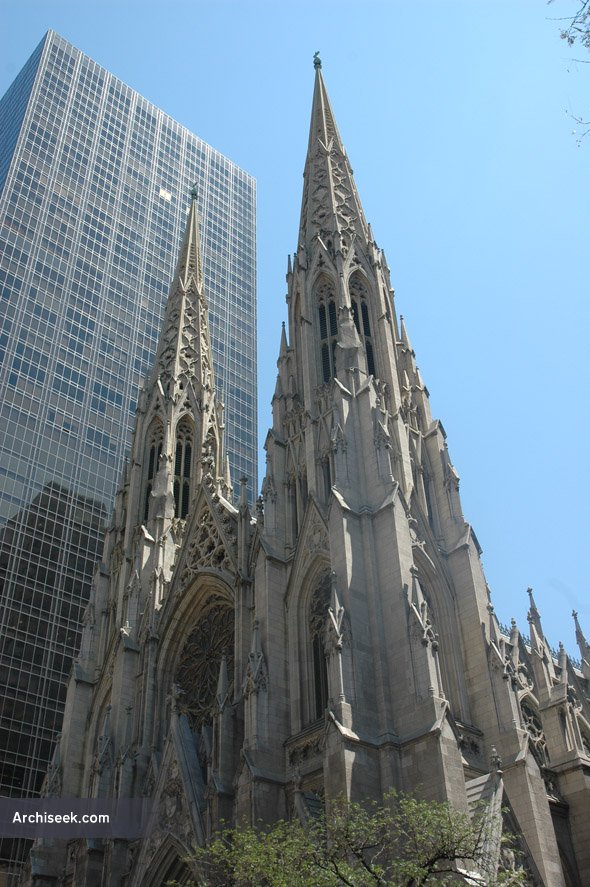 St. Patrick’s Cathedral is the largest decorated gothic Catholic Cathedral in North America. In 1850 Archbishop John Joseph Hughes announced his intention to erect a new cathedral to replace the Old St. Patrick’s. The old cathedral was destroyed by fire in 1866 and was rebuilt and rededicated by 1868. It is still a parish church and is the oldest Catholic site in New York City. Work was begun in 1858, but was halted during the American Civil War, commencing again in 1865. The cathedral was completed in 1878 and was dedicated on May 25, 1879. Towers on the West Front were added in 1888, and an addition on the east, including a Lady Chapel, designed by Charles T. Mathews, began in 1901. The cathedral was renovated between 1927 and 1931, when the great organ was installed, and the sanctuary was enlarged.