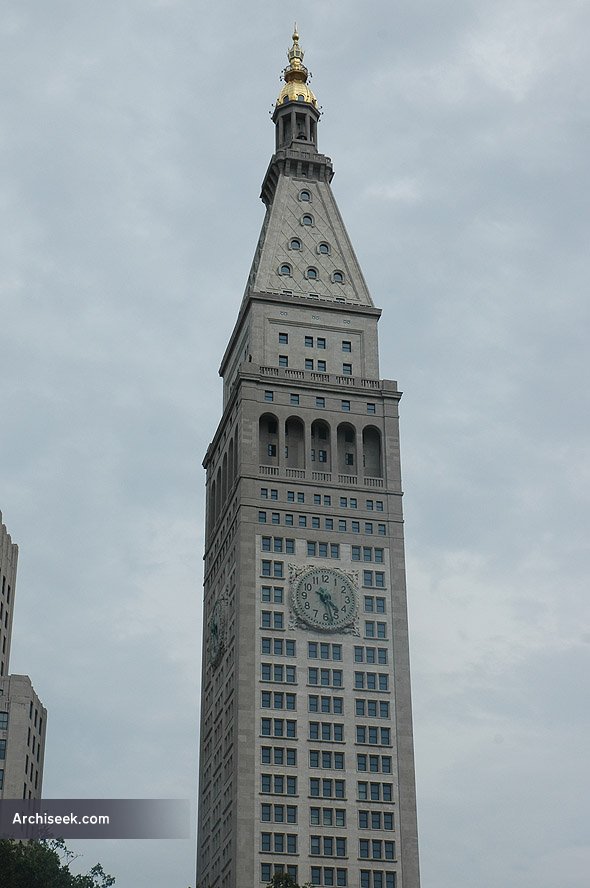 The Metropolitan Life Tower was designed by the architectural firm of Napoleon LeBrun & Sons, and modeled after the Campanile in Venice, Italy. It was constructed in 1909 and served as world headquarters of the company until 2005. It was the world’s tallest building for three years until 1913 when it was surpassed by the Woolworth Building. The original tower was sheathed in Tuckahoe marble, but during the 1964 renovation plain limestone was used to cover the tower and the East Wing, replacing the old Renaissance revival details with a streamlined, modern look. Much of the building’s original ornamentation was removed. The building was designated a National Historic Landmark and was added to the National Register of Historic Places on February 6, 1978.