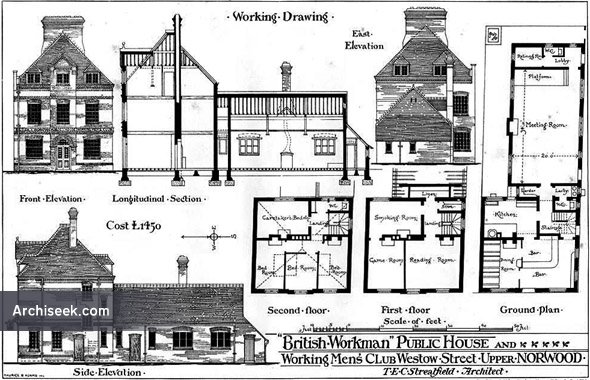 The “British Workman” public house & Working Men’s Club, at Westow Street,Upper Norwood and published in The Building News. March 2nd 1877. The British Workman movement started in the north of England in the 1860s with the aim of establishing alcohol-free public houses for working men. The idea soon spread, and numerous British Workman temperance hotels, tea/coffee houses, and clubs were opened throughout the country. This example is now known as Foresters Hall, and is much changed at streetlevel.