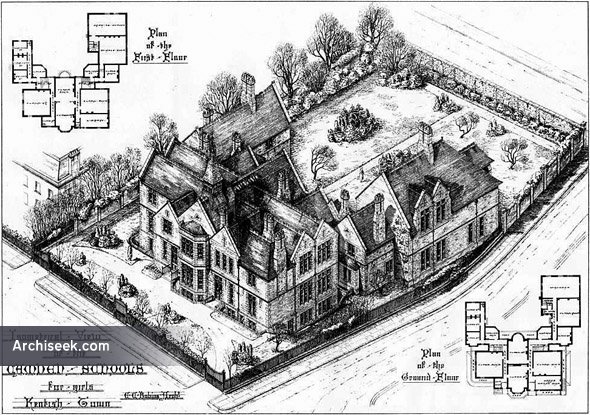 Founded in 1871 by the suffragette Frances Mary Buss, who also founded North London Collegiate School, the Camden School for Girls was one of the first girls’ schools in England. A grammar school for much of the twentieth century, it became comprehensive in 1976, although only year by year. It was not fully comprehensive until 1981. The school was damaged in the war but rebuilt in 1957. Image including ground & 1st floor plans published in The Building News, April 27th 1877.