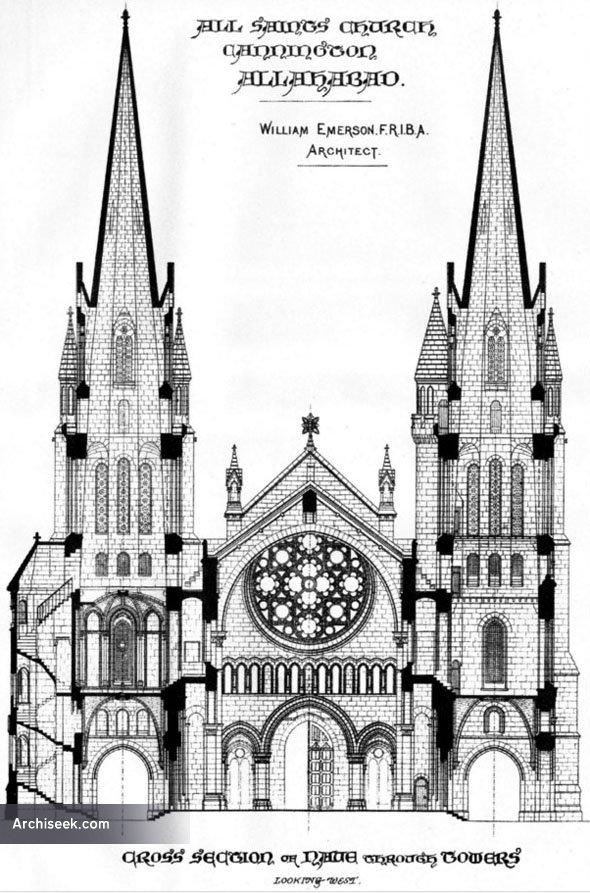 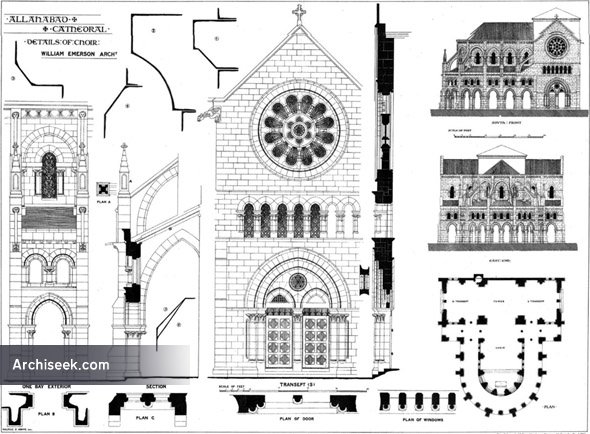 Considered one of the finest Anglican Cathedral in Asia, it was built in 13th century Gothic style, and is a remarkable example of colonial architecture of India. The building never received its intended twin towers on the main entrance front, although a tower over the crossing was completed. It was consecrated in 1887 but it took another 40 years for it to be completed. Its nave is about 40 feet wide and 130 feet long. Narrow aisles were made in the building thus giving a total internal width of about 56 feet. There are two transepts on the North and South respectively, a Chancel with an Ambulatory, a central tower at the intersection of the Nave and Transepts and a West Porch.The Cathedral still retains most of its original stained glass work and its impressive marble altar. Illustration published in The Building News, April 6th 1877.

According to The Building News, November 25th 1887:” This church was commenced some 15 years ago and was at first intended for the cathedral of the North-West Provinces and was designed to accommodate some 300 or 400 persons and to have an open verandah and ambulatory all round. It was, however, afterwards decided that the cathedral of the North-West Provinces should be at Lahore instead, though it is now thought probable that this will eventually form the cathedral church of a new dioceses. Since first begin, Allahabad, by reason of extension of the railway system has increased so enormously that it is found necessary to provide for the addition to the transept and choir of a nave accommodating a much larger congregation that was dreamed of at first. The illustration show the new nave and western towers to be added. The nave is 56ft wide and 130ft long, and the total length of the church will be 240ft. The choir will probably be situated eventually under the central tower. The great heat necessitates the massive construction, and the two carriage porches under the towers, as well as windows low down that can be filled during the hot weather with wet Cuscus mats. The roof is supported on arches on accounts of white ants, and the general simplicaity of detail is necessitated by the class of workmen obtainable in this part of India. The pulpit is an exceedingly fine piece of workmanship in alabaster by Mr. Nicholls of Lambeth from Mr. Emerson’s designs. The work is carried out in a cream-coloured stone with fine red sandstone dressings, and the roof is covered with red native tiles. The site is an extremely good one, being in the centre of a large open space at the crossing of four of the principal roads, each being about 100ft. wide. Our illustrations today comprise a longitudinal section with the principal plan, and a cross section showing the western towers and end of the nave. At an early date, we hope to publish some details of the exterior.”