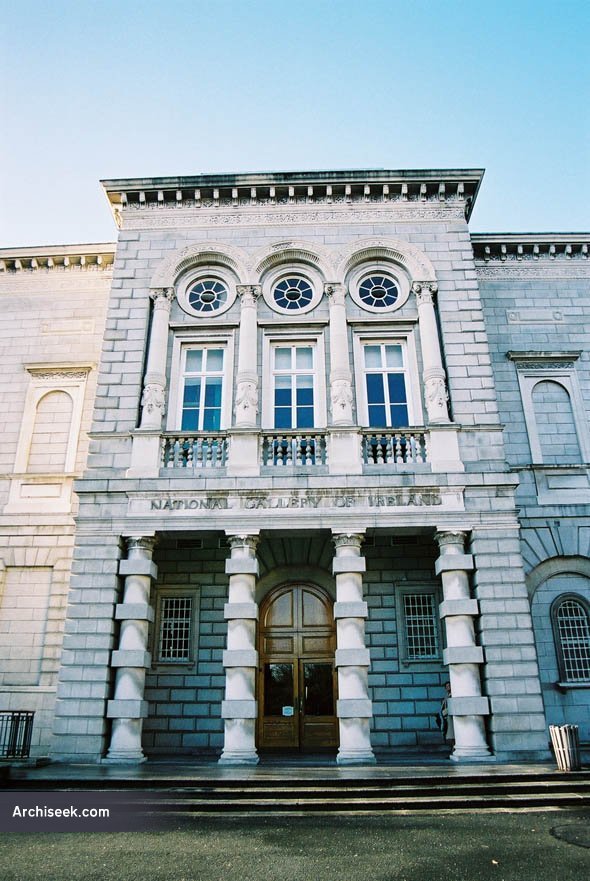 The original building was an exact elevational copy of the Natural History Museum by Frederick Clarendon across Leinster Lawn. After a falling out with the Board of Trustees, the engineer turned architect Griffith was replaced by Charles Lanyon who designed the magnificent interior staircase leading from the sculpture gallery. 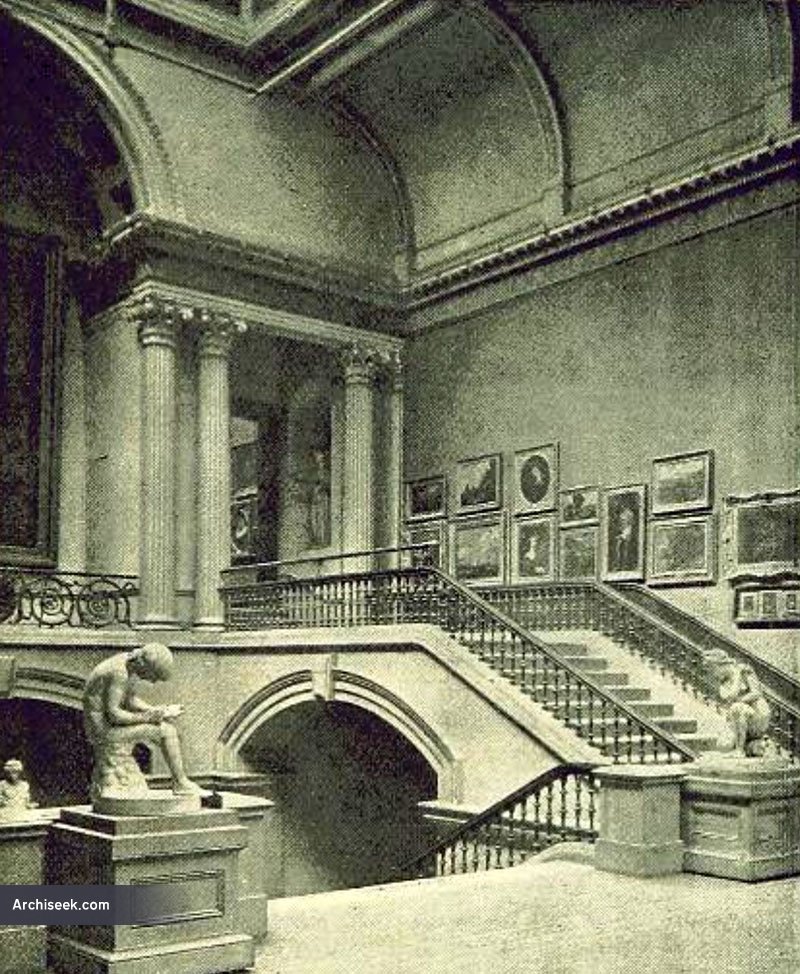 Lanyon was then replaced by Francis Fowke whose galleries were so technologically advanced with regard to their lighting and ventilation that the NGI was one of the most advanced in Europe.

The gallery was further extended in 1904 by Sir Thomas Manly Deane who designed the porch and the Milltown Wing. Later extensions were added in 1969 (Frank DuBerry of the Office of Public Works) and a restoration programme started in 1989. A new extension by Benson and Forsyth to nearby Clare Street opened in late 2001.