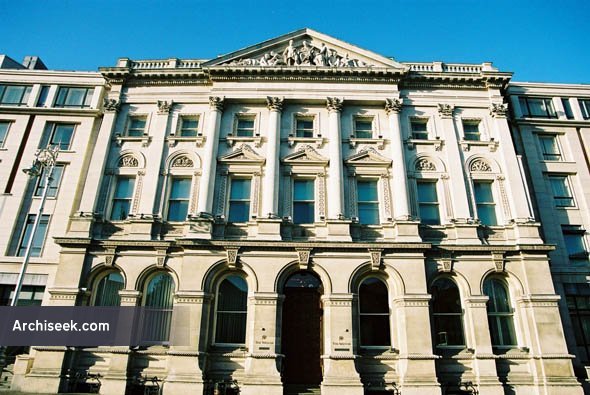 Now part of the Westin Hotel, designed in 1863 as the Headquarters of the Provincial Bank and built over the next few years. The architect William G. Murray died while in dispute with the bank over his fees – the cost of the building having been twice the estimate. The design comprises a seven bay main building over three stories with a pompous pediment and columns. The pediment relief sculptures are by S.F. Lynn and depict colonialism. To the rear on Fleet Street is an office block with round headed windows. The site is irregular leaving the central banking hall off-center in the plan 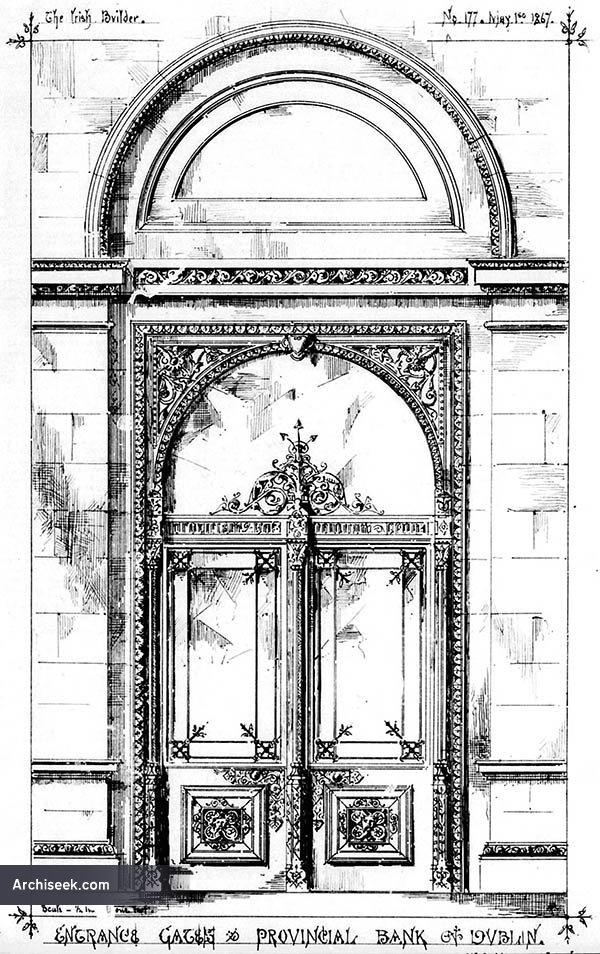 “Our illustration is of the entrance-doors or rather gates, by which the great cash-office of the new Provincial Bank is to be approached from the vestibule. The materials employed are to be oak, iron, and brass, and the gates, as well as the tympanum above, are to be filled with plate glass. They are to be the work of the Skidmore Art Metal Company. Mr. W.G. Murray, R.H.A. Architect.” The Irish Builder, May 1 1867.

Before the money run out, a magnificent banking hall was constructed. This still exists intact but has been swallowed into an hotel development. Unfortunately for the directors and management of the bank – there was no money left to provide similar style accommodation for them on the first floor level.