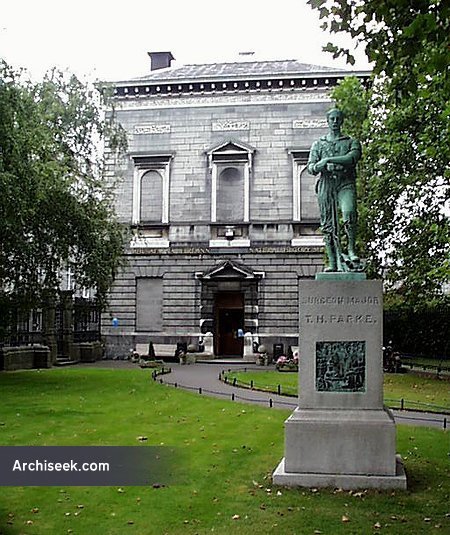 Although externally well designed in an austere granite classicism between 1856-57 – it is the interior of the Natural History Museum which deserves the most attention. Known as the ‘Dead Zoo’, the Museum is itself a museum in that the method of display and layout has not been changed since Victorian times. The exterior demonstrates the original appearance of the National Gallery across Leinster Lawn. The museum is a single large block with blank niches set into its long sides.

Inside the ground floor is given over to large Irish animals including two Irish Elks. The upper gallery though is a magnificent galleried space with three levels set around an atrium. The galleries are all constructed of cast iron and are accessed from two staircases set along the walls. No museum in Dublin contains so many exhibits in such a restricted space.