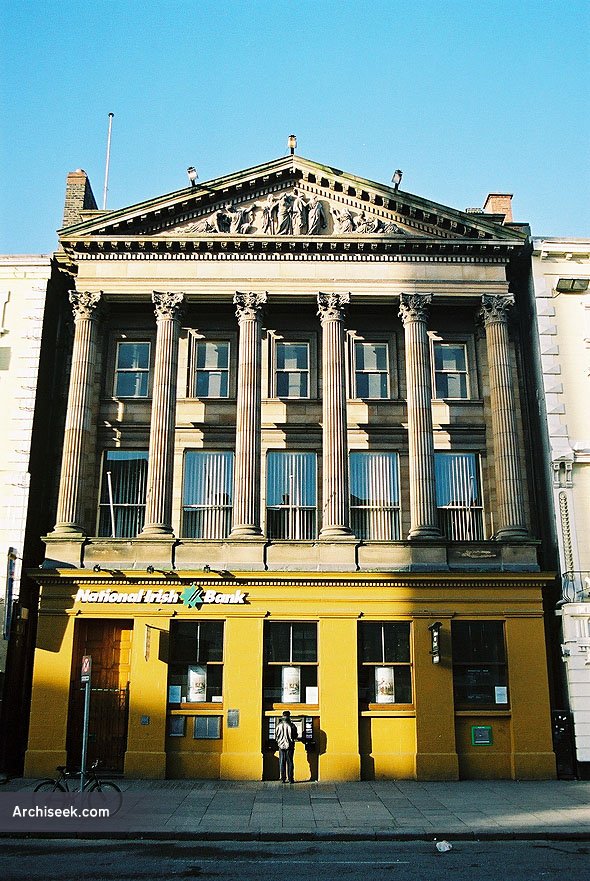 Built for Standard Life Assurance, the former National Irish branch on O’Connell Street has a striking pediment sculpted by Sir John Steele. One of three buildings designed for Scottish-based financial institutions in Dublin by David Bryce. The fluted Corinthian columns which uphold the pediment create a strong rhythm of light and shade over the stone façade. It is a shame that the façade at street level takes away so much from the imposing classical façade above. Closed as a bank branch circa 2009.