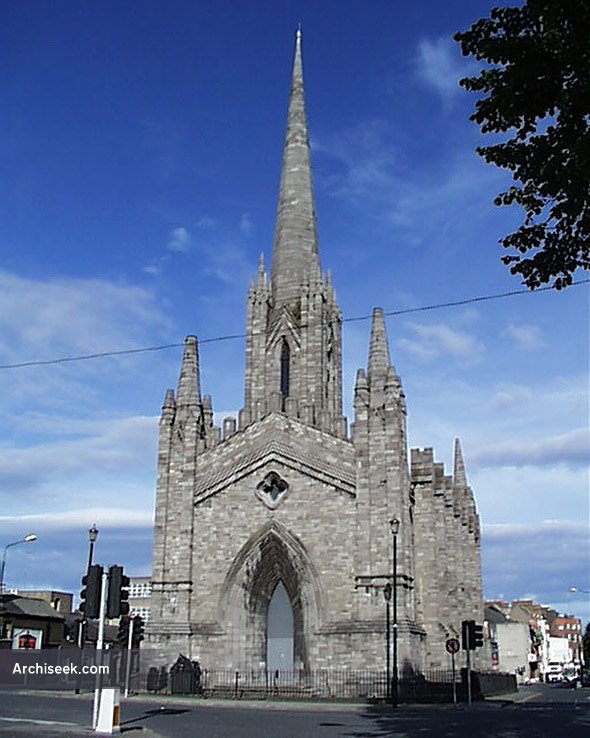 Closed in 1962, and converted into offices, this was Sir John Betjeman’s favourite church in Dublin. Known locally as the Black Church, legend has it that if you run around it three times in an anti-clockwise direction at midnight, it will summon the devil – immortalised in an Austin Clarke poem. The interior is unique in that it has neither walls nor ceiling but a parabolic arch which creates the interior space. It’s a dramatic space with the walls leaning inwards from ground level.

Described in 1837 by Lewis, “St. Mary’s chapel of ease, built on a plot of ground in Mountjoy-street, presented to the parish by the Earl of Mountjoy, is a very elegant specimen of the modern Gothic, from a design of Mr. Semple; it has a light tapering spire surrounded by minarets of similar shape. It was opened in 1830 as a free church, and has lately received a grant of £445. 13.0. for its repair from the Ecclesiastical Commissioners.”