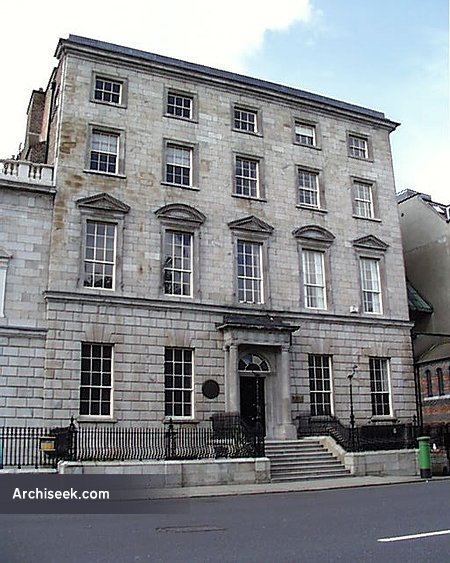 Like Iveagh House further along St Stephen’s Green, Newman House is obviously two houses planted together due to the lack of a unifying facade. The smaller house (No. 85) was known as Clanwilliam House and was designed in 1738 by Richard Castle. The two houses were joined in the mid 19th century and named after Cardinal Newman (1801-90) who was first head of the National University of Ireland.

Both the houses are faced in Granite. Although both now part of the terrace, Clanwilliam House when completed was free standing and one of the first houses in granite on the square. No 86 is a much larger house, 5 bays wide and four storeys in height. The ground levels of both houses are rusticated with pedimented first floor windows. Both houses have outstanding interiors.