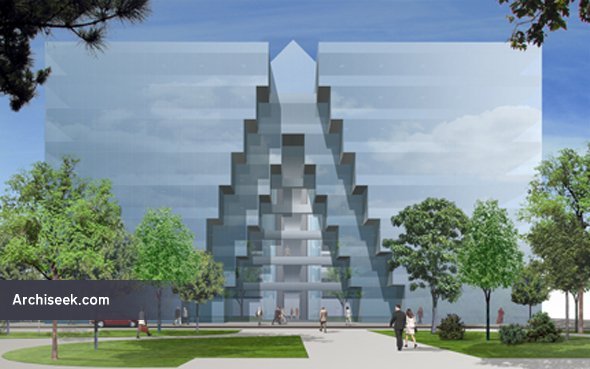 Unbuilt proposal for headquarters for the Anglo-Irish Bank in Dublin. According to the architects: “The exterior design challenge was to create a modern, distinguished headquarters which relates to but does not overwhelm the listed buildings. This facade could either have a pattern of small-scale windows flanked by the solid walls of the stair towers, or, alternatively, a glass curtain wall in the center flanked by the stair towers. The proposed building would be a mature, elegant headquarters for the Anglo Irish Bank and represent the best in responsible and distinguished architecture.”