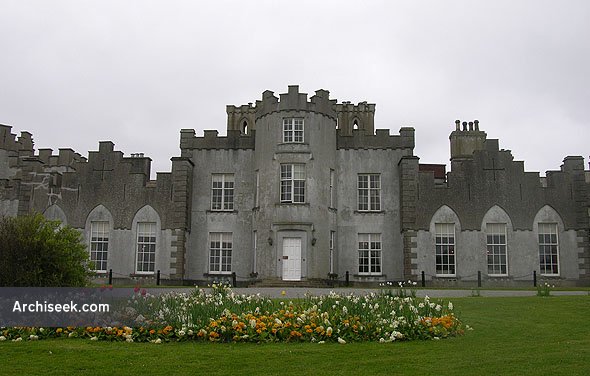 Originally an 18th century house with a two storey bow fronted centre and single storey wings. In the early 19th century, the central bow was raised a story and castellated as was the parapet of the house. The wings received more battlements and pointed arches over the Georgian windows. Further ranges of buildings were added as was an octagonal tower.

A very fine Victorian conservatory dominates the garden with a central dome containing a range of ornamental plants while the two wings are devoted to citrus fruits and vegetables. The Walled Garden is subdivided by two free-standing walls, one of which has the unusual feature of twenty alcoves, a particular Victorian structure for growing more tender fruit species.