Which foreign word best captures our feelings at this jittery moment? 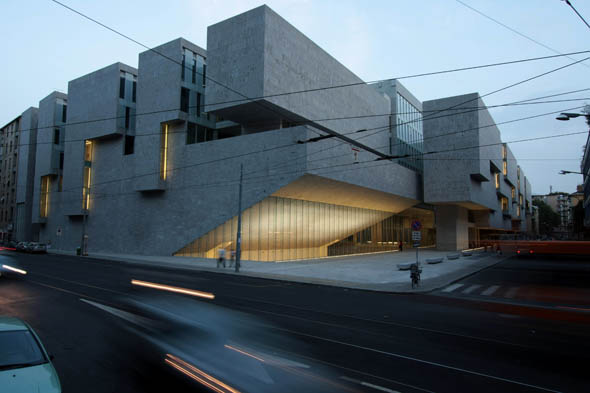 Especially for people in Ireland, schadenfreude as the big fish flounder, angst in the wake of the Budget, ennui as the excuses drag on, all apply. But running counter to the thud, the hiss and the whine of those words, there’s the less well-known sprezzatura . Roughly translated as dash or daring, these fizzy consonants can correct our queasiness. It’s a quality that deserves to be deliberately practised. If it seems too inherently Italian, too full of Renaissance swagger, to easily catch on here, we should remember and celebrate how Irish architects have brought a substantial example of sprezzatura to its birthplace, Italy. Grafton architects’ new building for the Luigi Bocconi University in Milan houses the scientific departments and research activities. Highly functional, technically complex, it’s a muscular, graceful presence that transforms a busy, fairly undistinguished street. One commentator sums up the surprising impact of this building as “a world apart where gravity works where it wants to or where Grafton architects want it to”. Shelley McNamara, Yvonne Farrell and their colleagues opted to move elements of their building both up and down, both inwards and outwards: hoisting the offices up to hang clear between the double walls, suspended from the roof structure, and plunging down to hollow out the Aula Magna as far as five metres below street level, yet also raising it as a huge cantilevered form that swoops up, rises again to the outside, making an urban space, a piazza connecting the whole to the street and the city.