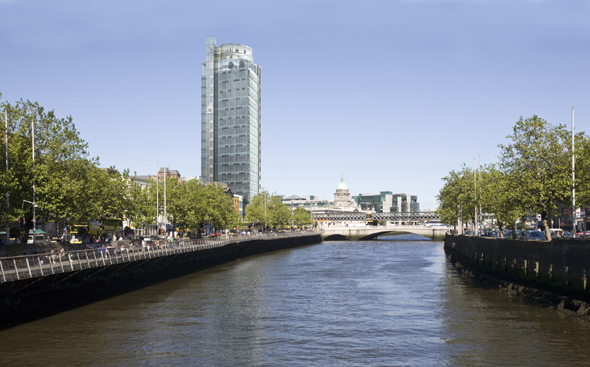 Plans to replace Liberty Hall with a 20-storey building are due to be lodged with Dublin City Council within weeks. It is understood the designs are being finalised and could be submitted to the local authority as early as December 10. The ambitious blueprint, which makes provision for a ‘sky pod’ offering panoramic views of Dublin Bay, was unveiled by Siptu in early October.

However, the planning application is still not ready. Siptu unveiled details of the proposed development of its headquarters at an annual conference marking the trade union’s centenary. It has promised that the new Liberty Hall would have a “wow factor” second to none in the capital.

Designed by Gilroy McMahon Architects, who were also responsible for Croke Park, the facilities would include a 300-seat theatre at lower-ground level. If the project is approved, it will also have a heritage centre, illustrating Siptu’s history and 15 floors of open-plan office space.

The proposed building would have three storeys more than Liberty Hall and would be 24m higher.