Raising the roof on a field of dreams 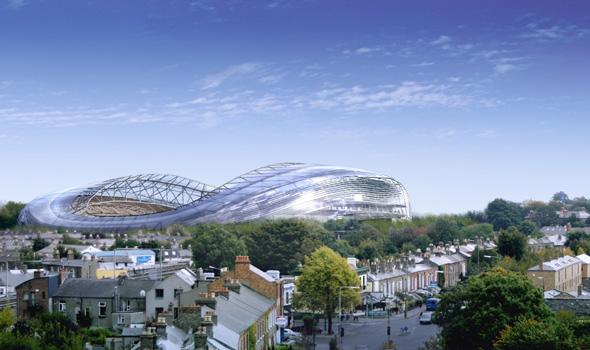 Sports fans will raise the roof on the new Lansdowne Road stadium when it opens on schedule next year. Work has started on the roof structure of the new 50,000 capacity venue, which will host all of Ireland’s international soccer and rugby matches.The new €410m stadium, not yet named, is due to open in April 2010. Over the past week the first of the primary trusses which will cover spectators was lifted into place at the northern end of the ground. The roof trusses, which weigh in excess of 100 tonnes each, were shipped over from Italy and assembled on site. Planners said construction work on the stadium, which is the oldest international rugby ground in the world, is on schedule. “The overall concrete frame and superstructure is substantially complete at this point in time,” said a spokesman.