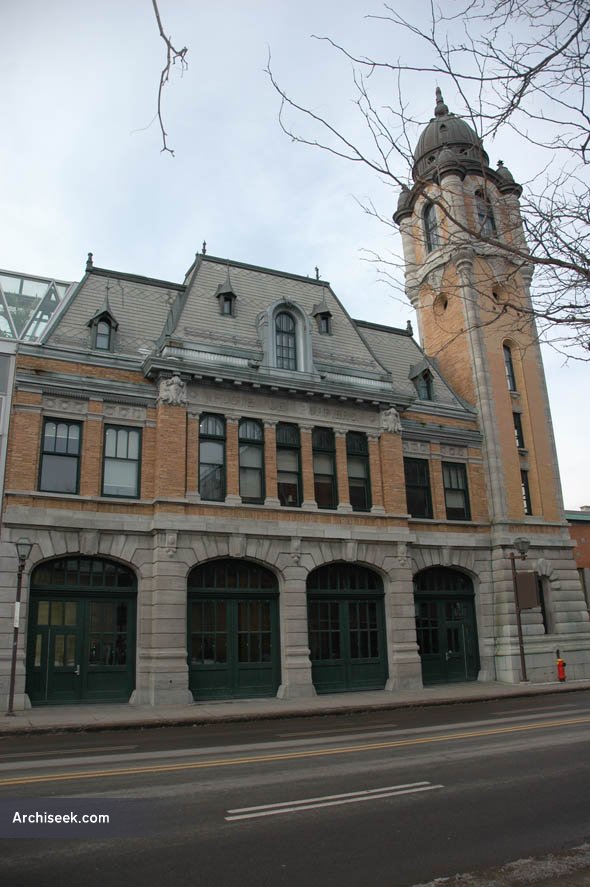 In the early 20th Century, Firehouse #5 was designed by Georges-Émile Tanguay (who also built Québec’s City Hall) with a spectacular “Second Empire” façade, flanked by a high tower whose only function was to hang the fire hoses for drying. Inside were sleeping quarters, stables and enough room for four horse drawn tank trucks.

In the early 1980s, firehouse #5 was no longer being used and say empty for some years before being restored. Now converted into La Caserne, a multidisciplinary production center. The space can be turned into a venue for concerts and stage performances, and can be rented for public performances, screenings, film production, conferences or unveilings and launchings of artistically or scientifically related products. It accommodates between 235 and 300 people, depending on the type of event.