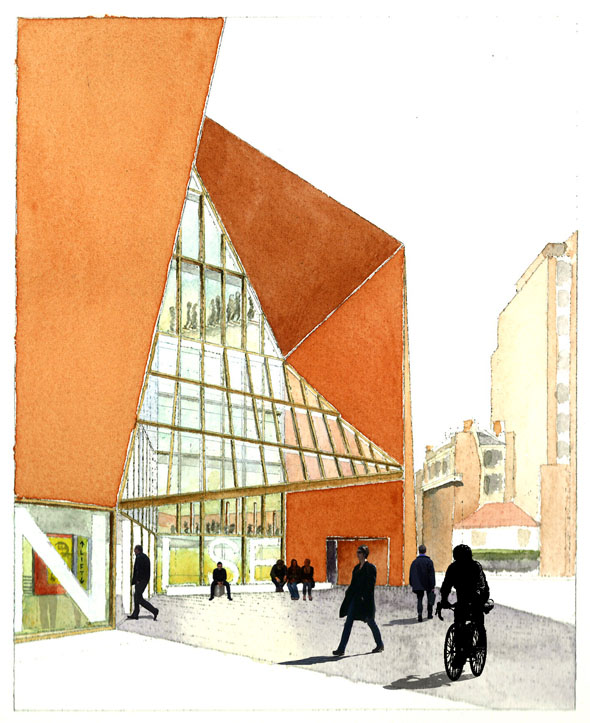 Irish architects may be on their knees, with up to half of the profession made redundant or working three-day weeks due to the collapse of the construction industry here, but with more time on their hands, they can enter competitions abroad – and win them. Dublin-based O’Donnell Tuomey have just won a Royal Institute of British Architects (RIBA) competition to design a new students’ union building at the London School of Economics (LSE), beating such strong contenders as David Chipperfield and Danish practice 3XN, previously known as Nielsen, Neilsen and Neilsen. The multiple-award-winning Irish firm took the commission for this £21 million (€24.3 million) project. LSE director of planning Julian Robinson hailed their winning scheme as “sensitive, erudite and engaging” and said it had the potential to become a world-class piece of university architecture. LSE students’ union general secretary Aled Dilwyn Fisher said O’Donnell Tuomey had shown that they were open to further discussion with the students to “deliver the building we need” – one that would “glow with light and activity at night, and be engaging, open and social at all times”. The daring angular design for this pivotal building on LSE’s main Aldwych campus, in the heart of London, is intended to replace a hotchpotch of buildings that date from 1903, when they were built as the Strand Union Workhouse Infirmary. Sheila O’Donnell and John Tuomey, who both studied and worked in London in the early 1980s, will be glad to get the extra work: just over two months ago, their £16 million (€18.5 million) Photographers Gallery in Soho was cancelled because its promoters couldn’t raise the money to build it.