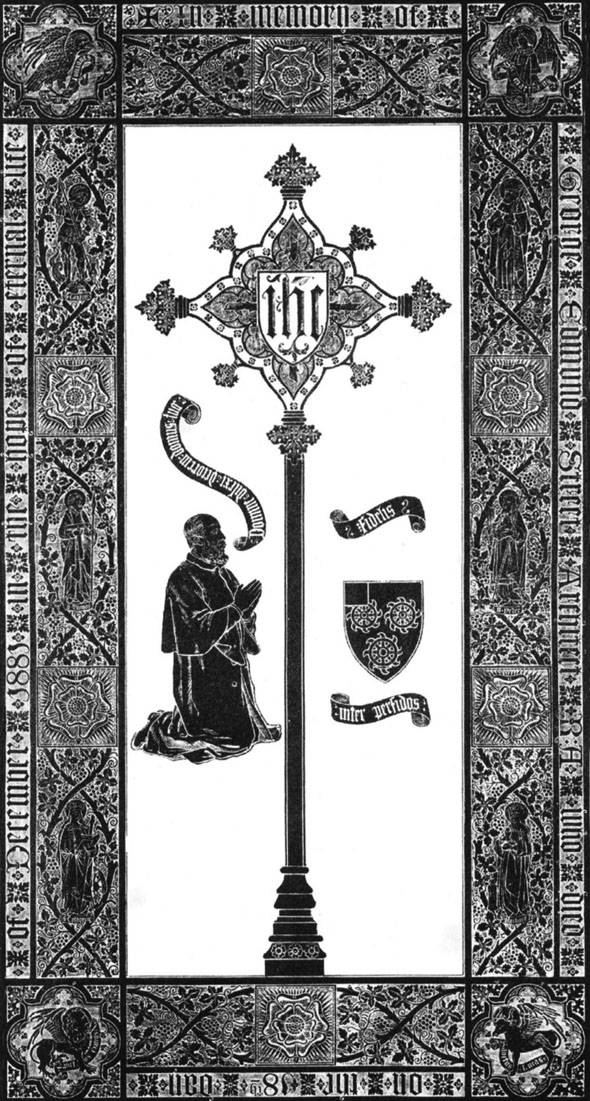 George Edmund Street was born at Woodford in Essex. He was the third son of Thomas Street, solicitor, by his second wife, Mary Anne Millington. George went to school at Mitcham in about 1830, and later to the Camberwell collegiate school, which he left in 1839. For a few months he was in his father’s business in Philpot Lane, but on his father’s death he went to live with his mother and sister at Exeter. There his thoughts first turned to architecture, and in 1841 his mother obtained a place for him as pupil in the office of Mr Owen Carter at Winchester. Afterwards he worked for five years as an improver with Sir George Gilbert Scott in London.

At an early age Street became deeply interested in the principles of Gothic architecture, and devoted an unsparing amount of time and labor to studying and sketching the finest examples of medieval buildings in England and on the Continent. His first commission was for the designing of Biscovey Church, Cornwall. In 1849 he took an office of his own. He was a draughtsman of a very high order; his sketches are masterpieces of spirit and brilliant touch. In 1855 he published a very careful and well illustrated work on The Brick and Marble Architecture of Northern Italy, and in 1865 a book on The Gothic Architecture of Spain, with very beautiful drawings by his own hand. In 1856/7 Philip Webb was Street’s senior clerk and the young William Morris one of his apprentices. These two designers worked together on Red House (London) that became an iconic memorial to William Morris’s design principles and includes work by many of his now-famous friends.

Street’s personal taste led him in most cases to select for his design the 13th century Gothic of England or France, his knowledge of which was very great, especially in the skillful use of rich mouldings. The competition for The Royal Courts of Justice on The Strand in London was prolonged and much diversity of opinion was expressed. Thus, the judges wanted Street to make the exterior arrangements and Charles Barry the interior, while a special committee of lawyers recommended the designs of Alfred Waterhouse. In June 1868, however, Street was appointed sole architect; but the building was not complete at the time of his death in December 1881.

Street was twice married, first on 17 June 1852 to Mariquita, second daughter of Robert Proctor, who died in 1874, and secondly on 11 January 1876 to Jessie, second daughter of William Holland, who died in the same year. The architect’s own death, on 18 December 1881, was hastened by overwork and professional worries connected with the erection of the law courts. He was buried on 29 December 1881 in the nave of Westminster Abbey.