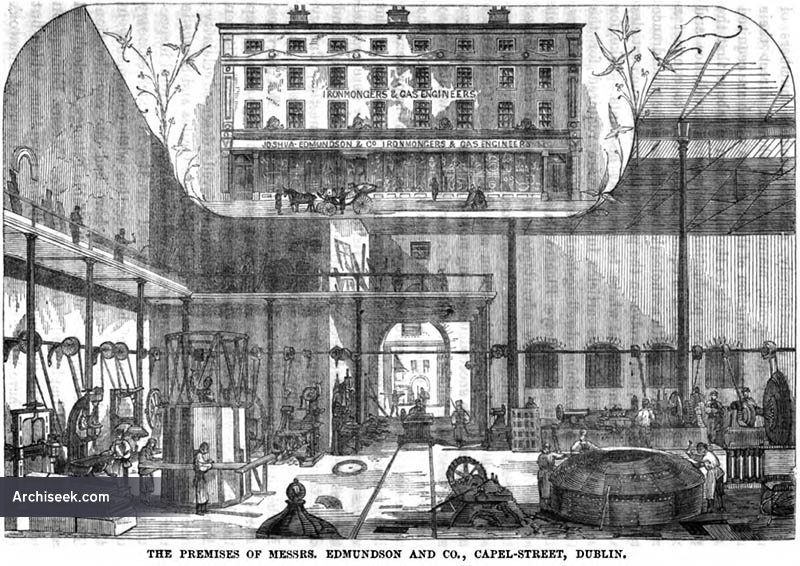 Originally a terrace of three houses built circa 1770 – two of which were amalgamated in the 1870s into a retail unit for J. Edmondson & Co, manufacturing and furnishing ironmongers, fitters, brass founders, and oil merchants. The building still survives (as McQuillan Tools) but missing some of the elaborate stucco work in this illustration from the late 19th century. Their manufactory behind stretched to Stafford Street, now Wolfe Tone Street.