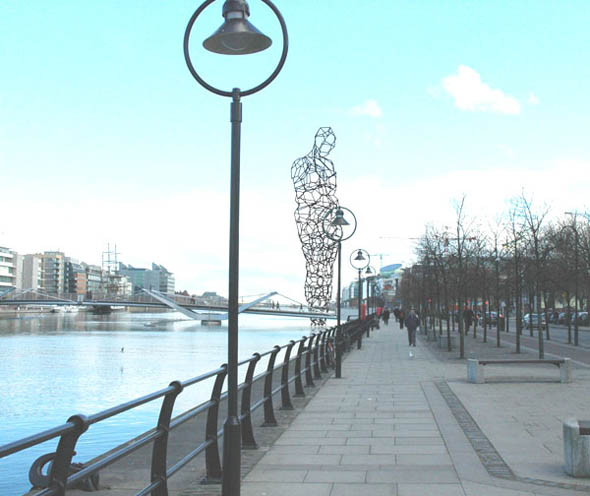 The Dublin Docklands Authority has said it will not be going ahead with the 46m (150ft) steel sculpture of a human figure in the river Liffey because of the cost of the project. The authority had estimated last year that the sculpture by British artist Antony Gormley would cost up to €1.6 million to build. An Bord Pleanála granted permission this week for the sculpture, which would have been almost the same height as the Statue of Liberty. The authority said yesterday it was “very pleased” to have got planning permission for the sculpture, which was an important element of its arts strategy, but would not be erecting it. “The sculpture is an important element of the Docklands Arts Strategy as outlined in its recently adopted 2008 master plan aimed at ensuring that arts and culture become part of the Docklands identity,” a spokeswoman said.