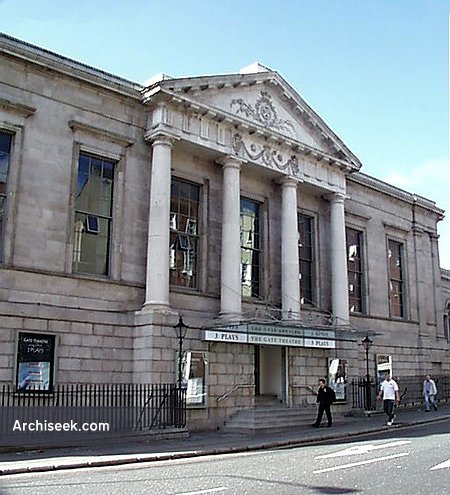 The actors and director of a new production of Tom Stoppard’s The Real Thing gathered at the Gate Theatre yesterday morning to start rehearsals in the new rehearsal room of the Dublin theatre. The €6 million development on Cavendish Row, which took three years to raise funds for and build, bore fruit yesterday with the start of the first full rehearsals on the premises. Until now, Gate productions were rehearsed at a variety of locations around the city, moving into the theatre for technical rehearsals just before opening. Not only is the timber-panelled space which mirrors the stage performance area more comfortable, but it saves on rental fees for rehearsal space and is more convenient. At the first read-through of Stoppard’s multi-award winning play were director Alan Stanford and actors Stephen Brennan, Andrea Irvine and Fiona Bell (who play the main characters Henry, Annie and Charlotte), Simon Coates, Beth Cooke and Tadhg Murphy.