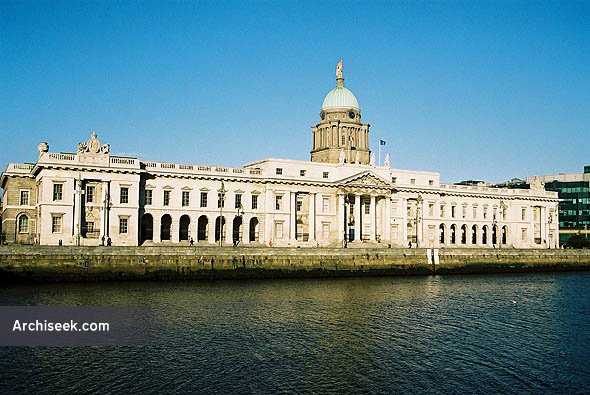 An energy efficiency audit of a number of public buildings has shown that one of the oldest properties in the State has a better rating than premises a fraction of its age. Dublin’s Custom House, completed in 1791 and now home to the Department of the Environment, is more energy efficient than the Department of Communications, Energy and Natural Resources on Adelaide Road, a mere 20 years-old. The Leinster House complex, part of which dates back to 1745 but also includes an extension built for the millennium, is less efficient than the Custom House but better than Adelaide Road. Even less efficient is the headquarters of An Bord Pleanála, off O’Connell Street, less than a decade old. The buildings have been tested through the Building Energy Rating system – how much it costs to light and heat a building – which is obligatory since January for any owner who wishes to sell or rent their home. The test, validated by Sustainable Energy Ireland (SEI), is also required for all public buildings of 1,000sq m (10,764sq ft) or larger.