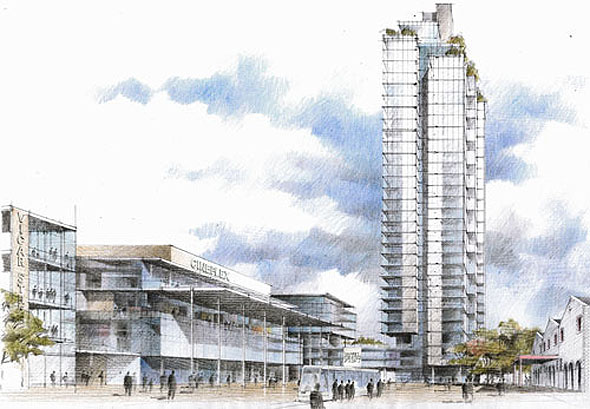 Businessman Harry Crosbie is in negotiations with the Dublin Docklands Development Authority (DDDA) about altering the use of his proposed 120-metre skyscraper in Dublin. Crosbie is asking the DDDA to allow him to develop part of the proposed Watchtower for offices and commercial use, rather than for apartments as originally planned. The request comes as a result of the decline in the residential property market. The 40-storey tower is the centrepiece of Crosbie’s Point Village, a €850 million urban regeneration scheme on a 12acre site beside the O2 music venue. A spokesman for Crosbie last week rejected previous reports that the tower would be delayed. However, he said that the Watchtower was now likely to be “˜”˜refocused” from residential to commercial use. The alteration requires the permission of the DDDA, and the spokesman said that negotiations were ongoing about the proposed changes.