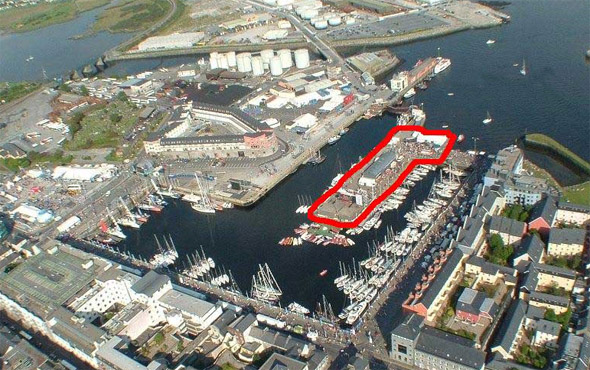 The RIAI (Royal Institute of the Architects of Ireland) is administering a single stage ideas competition on behalf of the competition promoters, Galway Harbour Company www.galwayharbour.com

Galway Harbour Company is seeking ideas for a significant building to be located on the Centre Pier, in Galway Harbour. The building should reflect Galway’s importance as a maritime and cultural city and offer a clear image and potential branding for the City of the Tribes. Competitors should assume a budget of €3,000 per mÂ².

There will be two separate categories for submissions. Category A is open to architects. Category B is open to recent architectural graduates and current students.

The competition is open to architects holding a qualification listed in the EU Qualifications Directive 2005/36/EC.

In the case of architects eligibility is defined as:
Equivalent means a person holding a qualification equivalent to a qualification for the purposes of Article 46 of the European Union Directive 2005/36/EC (Qualifications Directive) to include persons whose qualifications were successfully assessed by the Panel established by the Minister for the Environment and Local Government in 1996 and persons from outside the EU/EEA area. Persons outside the EU/EEA area should include evidence confirmation of registration with a national registration body and/or a UIA recognised professional organisation.

It is the function of the Registrar to decide on eligibility and equivalence.

Entry is open to students who are currently pursuing an architecture degree or are recent graduates of architecture.