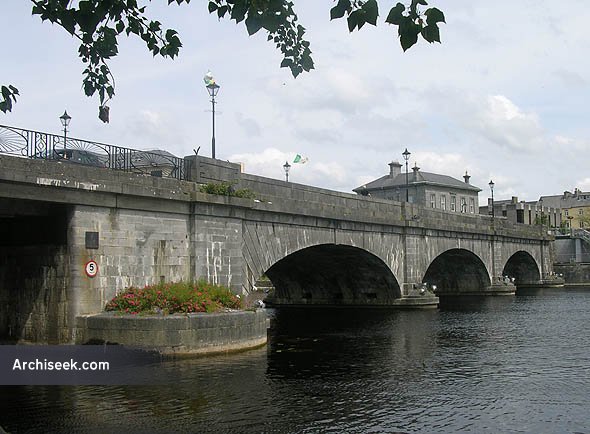 The present ford bridge was built by Thomas Rhodes, a cousin of the famous Cecil Rhodes, to replace an earlier bridge constructed in the 16th century. Originally the bridge had a movable section which was decommissioned in the early 20th century. This is the reason for the large footings and metal railings on the Connaught side. Opened 9 November 1844 after construction started in 1841.