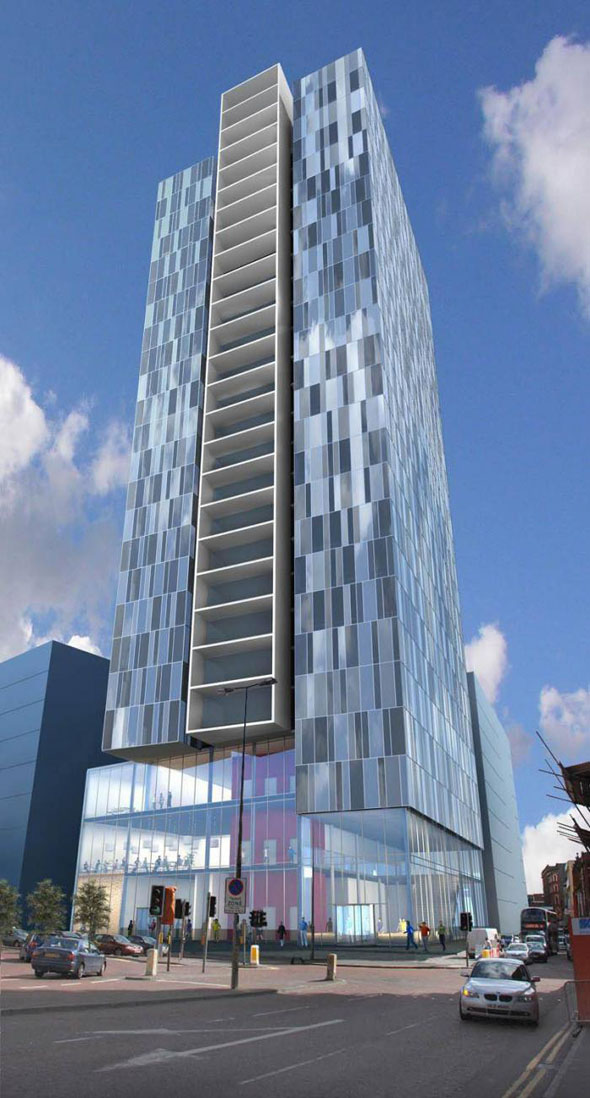 Developers lodged plans for a £50m (€55m) hotel scheme to regenerate a run-down area close to Belfast city centre, it was revealed today. Sun Explorer is seeking permission to erect the 100-metre high 26-storey building which will also have serviced apartments as well as leisure and conference facilities. Designed specifically for an international hotelier, the striking glass facade will bring an exciting addition to the architectural landscape of the city centre’s western gateway in the King St/Castle St area, according to the developers.

The building will be called The Vetro – the Italian word for glass – and will provide construction jobs and around 300 full-time and part-time jobs. There will also be 144 serviced apartments and substantial leisure and conference facilities. The development could be completed within two years of planning approval.