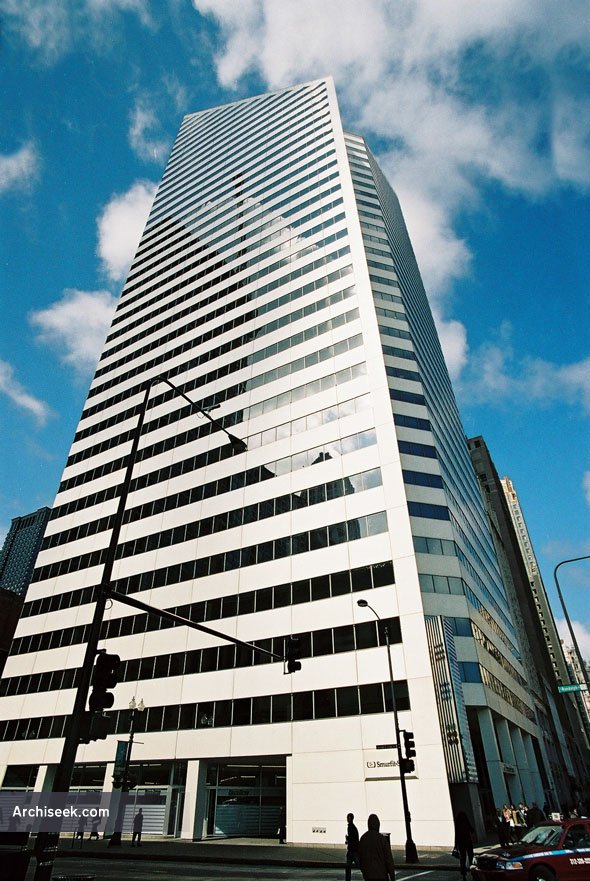 Located at the northwest corner of Grant Park, on the former site of the John Crerar Library. The library was erected in 1920 and designed by Holabird and Roche. This is one of Chicago’s signature skyscrapers, its gleaming white exterior is accented with dark pinstripes of windows. Its orientation embraces Lake Michigan just a few hundred yards away, while at the same time it’s characteristic slanted roof cuts the skyline. They cut it on an angle, using a simple subtractive motion to create a diamond shape in the sky. Closer examination reveals that it isn’t even a simple diamond, but rather two nearly identical triangles, the right and left sides are slightly disjointed, and at the top they are actually separated by a gap. The official count of 41 floors does not include 5 levels of unused space in the narrowest portion at the top of the diamond and the building was originally planned to be 5 stories taller.