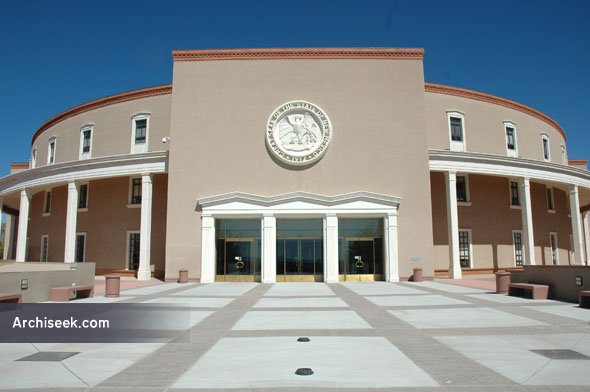 New Mexico claims the distinction of having the oldest as well as one of the newest state capitols in the United States. The oldest is the Palace of the Governors. This is the fifth seat of government for the state, completed in 1966. The round structure is modified to form the Indian Sun Symbol (the Zia symbol, which appears on the New Mexico state flag) and includes four levels, one of which is below ground.