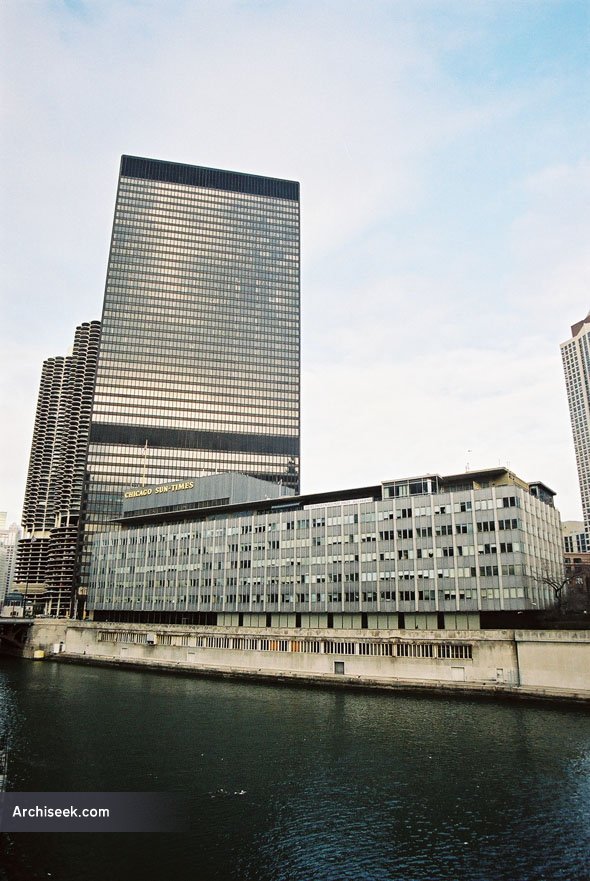 Because of its prime riverside location, the land beneath the oddly shaped, seven-story structure has long been coveted by developers pained by the profits uncaptured. Each succeeding owner of the Chicago Sun-Times has faced rumors that it would sell the building and move the paper because the land was too valuable to sit on; the investment group that bought the paper from Rupert Murdoch was forced to deny it was interested strictly as a real-estate play. This building was demolished in 2005.

The building’s architect, Sigurd Naess, of Naess & Murphy (which evolved out of Daniel Burnham’s firm and became Helmut Jahn’s firm), has never been highly regarded. The steel-framed building was innovative for its time. The plaza to the east was one of the first riverside plazas in the city. It was one of the first to use curtain-wall technology (because the frame provides structural support, the veneer is cosmetic, which allows for more glass). And the frame allowed for a clear span at the bottom to better house printing operations.