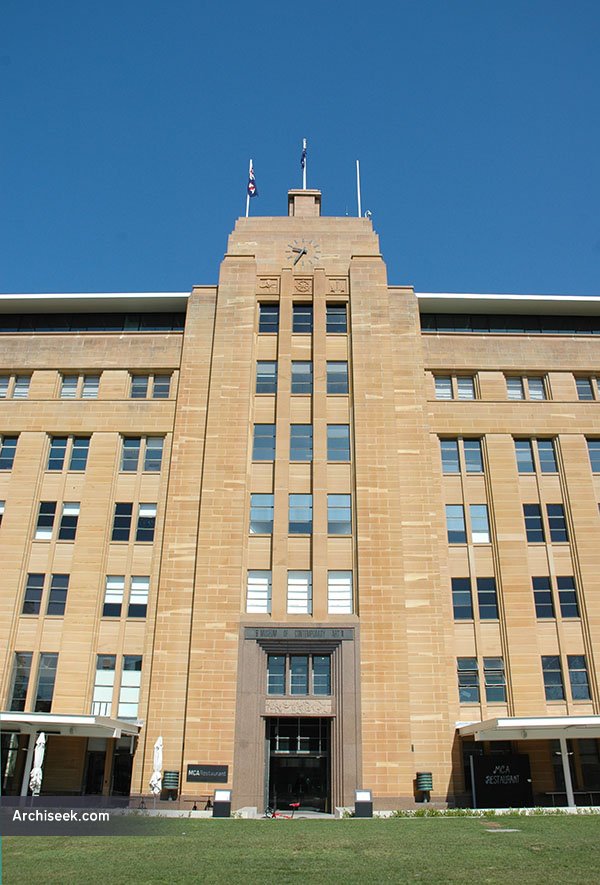 Government architect W.H. Withers began work on the building plans in 1939 for the Maritime Services Board (MSB) building. Work resumed in 1944 under government architect W.D.H. Baxter after a postponement of four years from 1940 due to Australia’s involvement in World War II. Builders were appointed in 1946 but difficulties in securing labour and material due to post war shortages delayed construction. The foundation stone was laid in 1949 and in 1952 the MSB building opened.

With the relocation of the MSB to larger premises in 1989 the building was gifted by the NSW State Government to the Museum of Contemporary Art. Funded by the University of Sydney and the Power Bequest, restoration and refurbishment of the building commenced in 1990 under the direction of Andrew Anderson of Peddle Thorpe/John Holland Interiors and in November 1991 the Museum of Contemporary Art officially opened.

A major $53 million redevelopment of the MCA by Sydney architect Sam Marshall in association with the New South Wales Government Architect’s Office commenced in August 2010. The refurbished building, which opened on 29 March 2012, increased the MCA’s total size by almost 50 per cent with the addition of 4,500 square metres, including a new five-storey wing.