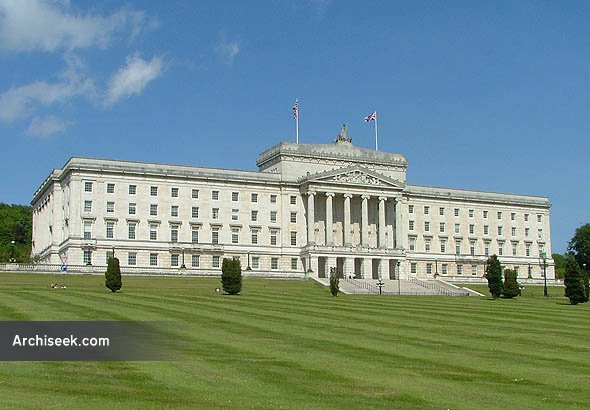 After the partition of Ireland with the Government of Ireland Act, 1920, plans for a large domed building with two subsidiary side buildings, housing all three branches of government – legislative, executive and judicial – were drawn up. The plans which were reminiscent of the U.S. Capitol in Washington, D.C., were scrapped following the Stock Market Crash of 1929. Instead, a smaller dome-less building designed by Sir Arnold Thornely in the Greek classical style and fronted in Portland stone, was erected on the site. 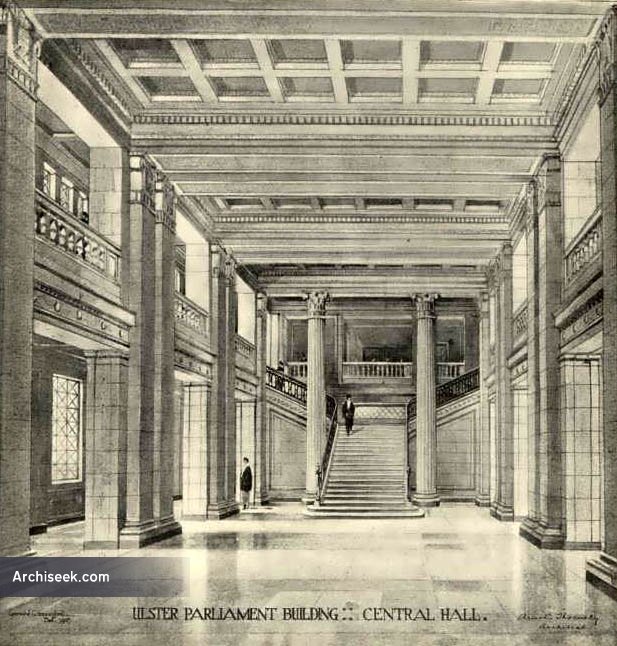 For camouflage in World War II the building’s Portland stone was painted with supposedly removable “paint” made of bitumen and cow manure. However, after the war, removing the paint proved an enormous difficulty, with the paint having scarred the stonework. It took seven years to remove and the exterior facade has never regained its original white color.