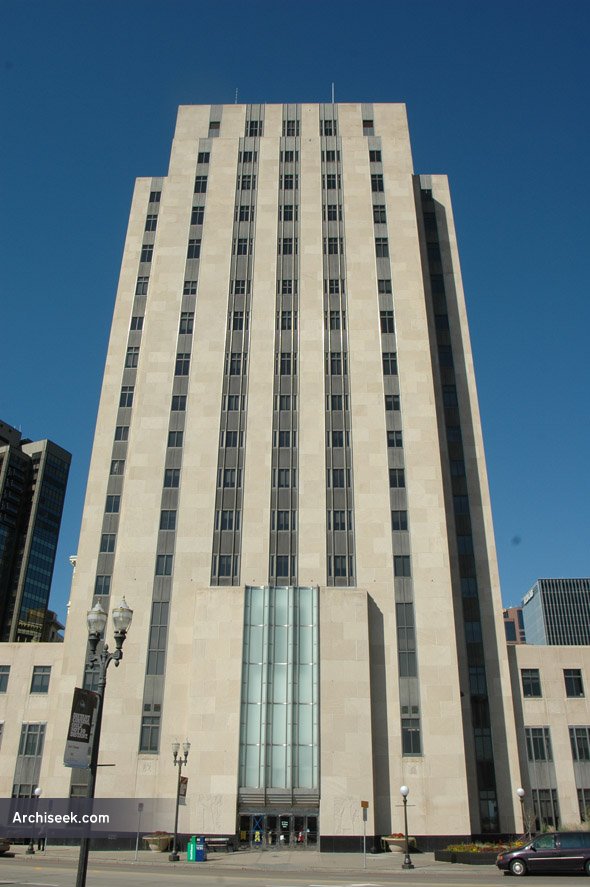 Built between 1930 and 1932 and designed by architects Holabird and Root of Chicago, and Ellerbe and Company of Saint Paul, the building is Art Deco in style. In 1928, a $4 million public bond was designated for the building. However after the stock market crash of 1929, the cost of labor and materials was much less than anticipated. As a result, the building was finished with expensive domestic and foreign woods and marble, and artistic details were elaborate. The building was opened on December 19th, 1932.