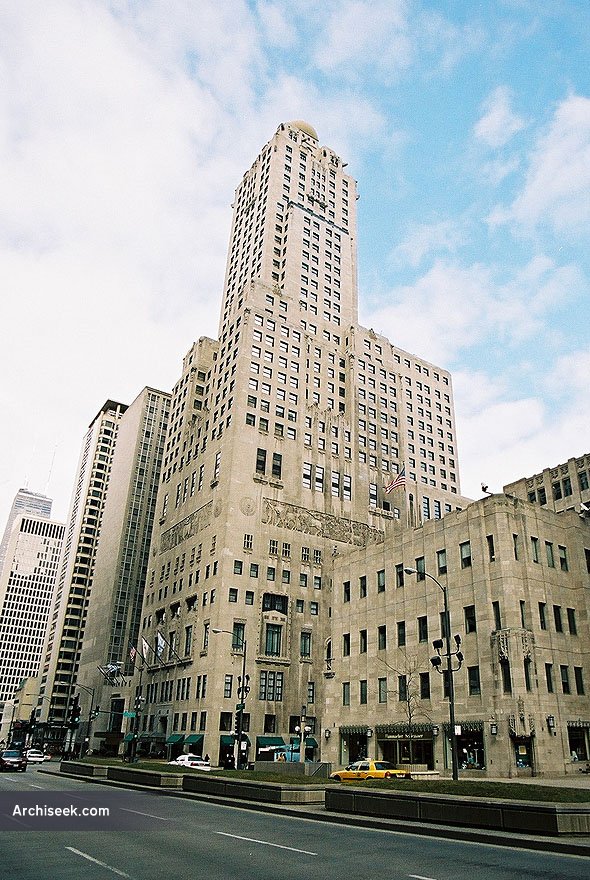 Was originally built in 1929 as the Medinah Athletic Club, a luxury men’s club for members of the Shrine organization. Unfortunately, in 1934 the club had been a victim of the stock market crash and was forced to close its doors. The tower-like structure near the onion dome was once used as an airship mooring. 1n 1988, work began on restoring the building to its original interior glory – it now operates as the Hotel Intercontinental.