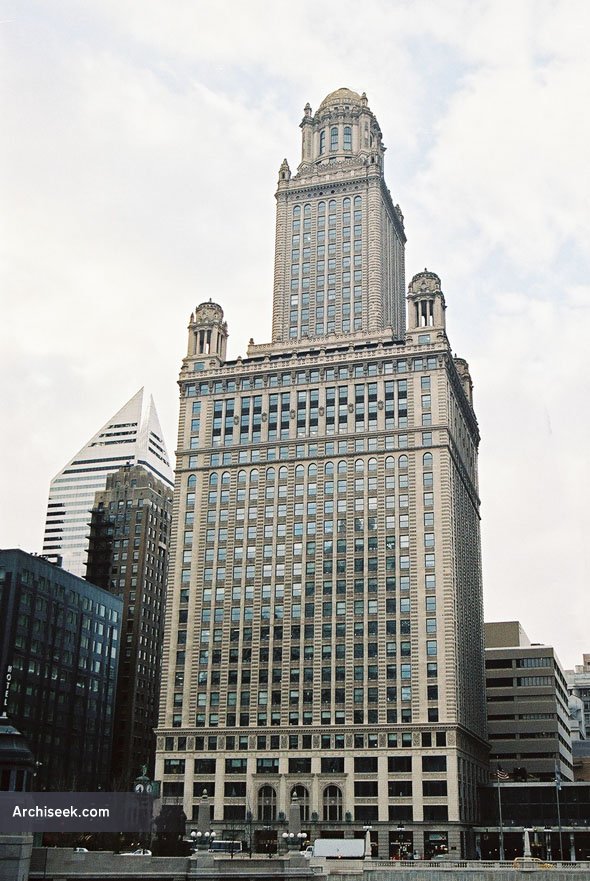 Formerly known as Jewellers Building, Pure Oil Building and the North American Life Building, it was created for the city’s diamond merchants and had an unusual security procedure. To reduce the chances that its tenants would be mugged walking between their cars and their offices, the building featured a central auto elevator. People would drive into this elevator and there were parking garages on the second through twenty-second floors. Jewellers loaded down with precious stones and metals wouldn’t have to be exposed to a potentially hostile exterior environment.

By the Second World War the auto elevators were abandoned and decked over to make more office space. The entire 24th floor was given over to that task of powering the auto elevators, and as a maintenance shop for crafting replacement pieces for the building’s ornate terra cotta exterior and interior needs. This wasn’t reclaimed for office space until the very late 20th century.

This 40-story building was the tallest outside of New York City at the time of its construction.Though built in the midst of the Art Deco movement, its form and decorative flourishes are clearly influenced by Roman, Greek, and Gothic architecture. The building’s terra cotta-clad, classical design marks it as one of the most prominent high-rise statements of the so-called City Beautiful Movement. It is also the most notable work of the partnership of Joachim Giaver and Frederick Dinkelberg, who had spent most of their architectural careers with the firm of D.H. Burnham & Company.